I have witnessed people make BOLD goals at the beginning of this year and seen the MAJORITY of them “fall off” or “give up” on them within the first several months of the new year. So I asked myself a very basic question, WHY do most people QUIT or FAIL when it comes to achieving their goals?

After a few months of pondering this question, I saw the answer appear in my own life. I set a goal to accomplish something I NEVER did before and really had no idea what I was doing. One thing I DID have was the faith that this goal would manifest in my life…SOMEHOW.

Interestingly enough, I set a VERY specific time frame for this project and stuck to that time frame. I wanted to accomplish the goal by September of this year, it was mid-February at the time. A ton of trials and tribulations occurred in the MEAT of my process of achieving this goal, but I kept hacking away.

I simply kept my focus and faith on HIGH GEAR and just KNEW it would come to pass. Did I have doubts? YES! Did I think I was a bit out of my mind (CRAZY)? YES! Did things appear to be falling apart right before my eyes? YES! Were there OTHER people doubting me and telling me it wouldn’t happen? YES!

I simply STUCK to my goal no matter what was going on around me. I never wavered the dream nor compromised the vision. I knew if I would just STICK to what the goal was, it WOULD happen. And guess what??? IT DID! I met the goal and accomplished the dream!

So what was the secret? I simply STUCK with my goal. No matter what was going on with the process, I BELIEVED in the dream. Things got a little sketchy at times, but I held my ground and the reality was, I accomplished the goal on the VERY LAST day of September! That’s right, I met the goal I set back in February. It has become a reality all because I STUCK with it.

So many people simply BAIL on their goals and dreams and wonder WHY their life has not manifested into the DREAM they envisioned. Simply sticking with what you set out to do, will get you MILES further than ALWAYS quitting or using excuses as to why it CANNOT happen. Stick to your guns and make it happen! ANYTHING is possible and DREAMS DO COME TRUE!

So what was the goal set and dream accomplished? THE MOTIVATION FILES! This is a professionally mastered album containing Music & Motivation to HELP YOU get things done! Simply put, “Motivation To Master Your Day”. It contains 13 tracks of PURE MOTIVATIONAL GREATNESS!!!

If you are looking for a SURGE of Motivation to CRUSH it and a BOOST to get things done, look no further! The Motivation Files is YOUR answer!

GET YOUR COPY TODAY!!!

To Your Massive Success,

Did You Do This Yet? [VERY IMPORTANT]

There are a few things that are extremely important to achieving the goals you desire in life. Without these components, attaining success will NOT be possible. But there is ONE component I want to emphasize today because it is VERY IMPORTANT…in fact, without it, all activities are pointless.

Going through the motions everyday can be quite boring at times, but super important. It is the persistence and consistency that will yield SOLID results. But there is something else that MOST goal setting instructors NEVER talk about. Which is ashamed because their teachings are misleading. Let’s avoid that right away and let me give you the single most important aspect of goal setting.

Going through life with goals WILL get you much further than going through without any goals. But I hear people say ALL the time that they DO INDEED have goals, but most never seem to manifest. This leads to frustration and ultimately FAILURE (by choice of quitting).

Let’s get out of the mindset of what average people do. They simply set a goal, make an intention, write it down, believe in it and take action. Don’t get me wrong, this will yield results, but they may NOT be the exact ones you want. Also, there may be a difference in time spans of when this all will ACTUALLY manifest. So let’s avoid all this and manifest the results we want (or better) and even FASTER than before!

The secret is…associating an important emotional tie with the goal. Something that is SO MEANINGFUL to you, you literally will NOT allow the dream to disappear until it comes into fruition. I found that if I gave my goal EXTREME meaning and coupled it with MASSIVE emotional reasons (it has to happen), my results come POURING in at SPEEDS I never knew possible.

This is certainly something WE ALL should be doing to get “lucky”. With the attachment of this “emotional reason”, your DRIVE and DETERMINATION walk into a level unheard of. People will start helping you achieve your goal and ultimately BELIEVE in you! I promise this ONE little change to goal setting will DRASTICALLY change your results! It has been working for me REALLY well this year and I just know it will work out for you too.

Add an “Emotional Reason” to your goals and WATCH the MAGIC unfold!!!

To Your Massive Success,

PS. Keep on the look out for “teasers” of The Motivation Files coming around soon! The project WILL be released this Fall and you will be one of the FIRST to be informed, so STAY TUNED! This is going to be exciting!!!

What if I said there was a way to manifest your goals faster? That is what I was told back in 2006.

I am telling you right now…it FLOORED me!

I couldn’t believe it! I knew how hard I was working to attain the things I wanted in life and then some guy told me that I could manifest my goals FASTER!

Quite honestly, I felt offended.

All these angry negative thoughts came over me…

The thing was, THIS kind of thinking was NOT yielding the results I wanted, so I knew instinctively that I had to do something different. I had to start to listen to different people and material. All that other JUNK got me nowhere!

And then I heard a few things…

Click Here to see a couple pointers I learned & how YOU can Manifest Your Goals FASTER !

To YOUR Massive Success,JimmyleeCLICK HERE to join me in making 2015 your WEALTHIEST YEAR! 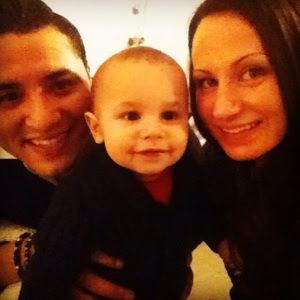 Are You Setting Goals The SMART Way? [Effective Method Revealed]

What’s the FASTEST way to achieve anything?

Write down long-term, five-year goal. Then break that down into smaller one-year goals.

“Once you’ve written down your goals,
it’s of paramount importance to have a plan and to follow through with it at once.” – Maxwell Maltz

If you feel a little overwhelmed (as I was at first) simply, start small and build belief…

Once your belief system grows, SCALE UP your goals!

Follow the SMART way to goal setting,
and watch your dreams unfold before your very eyes!

To YOUR Success,
Jimmylee Velez
Work with Me Directly

ps. My goal is to help you become the best version of yourself. If i can help in any way, please contact me.

They Are Behind You For A Reason!

We often take offense to the words of other people, but the reality is, its affect on us is UP to us. How we allow their words to change our allignment with who we are, is our own fault.

I love this saying because it not only oozes confidence, but its the TRUTH! Not that I feel as though we should walk around all arrogant, but being secure with who YOU are is important.

Taking constructive criticism is a tool we can ALL use to our advantage. It can really help us grow as people and allow is to make appropriate changes.

There are times when we MUST stand up for ourselves; but picking and choosing our battles should be done strategically.

You are an amazing WORTHY individual…don’t let anyone tell you otherwise!
Thanks for reading and subscribing! Share with one person you think will benefit from the message.

If you enjoyed what you read, visit http://jimmyleevelez.com for more inspiring and motivating messages.

If you wish to work with me and my team and EARN an Income online visit: http://hisBigIdea.com we can teach ANYONE…no experience required!

Thank you and God Bless! To Health & Wealth! Salud!

Is There Enough Time For This?

I was having a conversation with a good friend of mine about pursuing our dreams. He was explaining to me his life-long dreams and how incredible it was going to be when he achieved them. He had a very detailed description of all the items he wanted to attain and even HOW he would execute the plan. I’m telling you I was convinced this man was going to achieve success in no time at all. I truly believed in him. BUT…there was one problem…time.

He described all the great goals he was looking forward to attaining, but would provide an equal excuse. His excuses went on to illustrate as to why it not only would be difficult to do, but nearly impossible because of not having ENOUGH time. It was like the conversation of dream building was cancelled out with the double talk of excuses.

Not only was I confused by this duality, but I was frustrated! Here I had an ambitious friend emotionally attached to his life-long dreams that was sincerely convinced he wouldn’t see them come to pass because of time. Time is a HORRIBLE excuse…seriously. When broken down, you always have time; it’s a matter of what activities are hogging it up.

Prioritizing your day by activities of importance, you will reveal that time was NEVER the issue…just an excuse! This TIME excuse was coming from a guy who played poker once a week, was in a billiards league, and played golf on the weekends. Come on man…you definitely have the time to achieve your goals; it’s a matter of how important their attainment is to you. MAKE THE TIME!

As seen in the image, there are 168 hours in a week. There is time for you to go after your dreams; it’s up to you to actually make time for them by cutting out the FAT! Don’t leave this world at 85 years old telling people there was never any time for you to pursue your dreams…the irony is just too much. Go out and prioritize your day/week/month and squeeze your dreams into the mix. Start small and scale it up!

Thanks for reading and subscribing! Share with one person you think will benefit from the message.

If you enjoyed what you read, visit http://jimmyleevelez.com for more inspiring and motivating messages.

If you wish to work with me and my team of TOP PRODUCERS, visit: http://hisBigIdea.com

Thank you and God Bless! To Health & Wealth! Salud!

Be Careful For What You Wish For